WHAT I'M BEST AT

Since 2011, Lars has focused on honing his creative mind and develop his skillset both by hand, but also electronically. In 2011, Lars attended The Drawing Academy to develop his drawing skills and get better at sketching ideas and concepts quicker. After this Lars attended Akademiets Skole and The Animation Workshop to even further develop his skills for drawing, with focusing primarily on anatomy, classical drawing and concept building. This made Lars eligible to attend VIA Design as a Fashion Design student. Sewing was now on the radar and because Lars has worked for years as a Freelance Graphic Artist, Lars could focus his time on what he needed to learn which was sewing, pattern making and in general everything surrounding producing a garment. Lars in between studying drawing and anatomy, attended Graphics School and has worked since 2010 as a Freelance Graphic Artist. Lars has a deep understanding of the Adobe CC Package

At the second semester at VIA, Lars was accepted into studying his third a semester at the Ivy League school, Cornell University, to study at their Human Ecology program with focusing on Fiber Science & Apparel Design. Here Lars decided to delve into Fashion Draping, Portfolio Building, Fashion History and had a focused study alongside Prof. Van Dyke Lewis.

After his studies ended at Cornell University Lars entered his first internship at the world-famous designer Anna Sui, located in Manhattan, New York. Lars interned both as a Designer, but also as a Pattern Maker. Here Lars was able to learn first-hand the American way of working and shaped him into a very proficient worker. After this Lars was able to work alongside Anna Sui and models such as Gigi Hadid and Bella Hadid at Anna’s AW18 Collection, where he met people like the world renown make-up guru Pat McGrath and people from Vogue magazine. Being an international student and interning in the United States, has given Lars a unique perspective of the American fashion industry and given him knowledge, on how to design and promote products, for both the American- and the Northern European market. Leaving Denmark and facing the American culture head on, gave Lars greater organizational and planning skills. This has boosted Lars’ confidence in his abilities to handle the fast-paced nature of the American fashion industry.

In between studies, Lars was hired at CD Company as a Fashion Design Assistant lending a hand to their SS19 Collection, but also creating graphical material, packaging, zip pullers and more. Lars then continued his studies at VIA Design and has also interned at the famous Danish couture maker, Jesper Høvring and worked closely with him and his pattern making team and also developed graphic and promotional material for Høvring’s business in 2020. in December 2019 Lars finished his studies with his collection GALACTIC LILATECH and is now looking forward to the future, full of excitement and work.

Was hired to take part in CD Company of Scandinavias Design team and also do graphic work. I was working in creating technical flats and designing hunting wear for both men and women. Was thaught thinking about designing practical hunting elements in the clothes. Correct pocket sizes, belts, loops, hemline regulations and much more. I was also taught Navision and creating PDM Stylecards, establish new styles, enter recieved samples and date them and more.

After my 4 week internship, I was offered a job as a Design Assistent

Pattern Making & Design/Graphics Internship. The intern will understand the goals and challenges of the pattern-making team, become familiar with the fast moving production cycle, as well as increase his communication and time management skills. 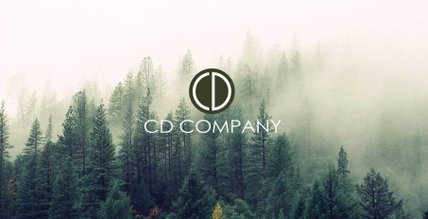 Pattern Making & Design/Graphics Internship. The intern will understand the goals and challenges of the patternmaking team, become familiar with the fast moving production cycle, as well as increase his or her communication and time management skills in both design & graphics + patternmaking.

3 Month full time job, as a caretaker of products and machines analysing and researching cancer.

Salesmen - Part time salesmen and leader selling various electronic items. I was part of Merlin until they went bankrupt in 2008.

A continuation of the Design Technologist. Majoring in Fashion Design, with focus of collection building your own design universe.

Studied to become a Design Technologist with focus on Fashion Design at VIA Design (TEKO) in Denmark.
4TH SEMESTER EXAM - 12.

5 month course in classical drawing, with focus on croquis and anatomy

3 month study in classical drawing at Truemax in Copenhagen

All my collections was build doing my time at Cornell and VIA Design + Collaborations made during my internships and jobs. Please take a look at all my work and I hope to hear from you soon and possibly make something for you 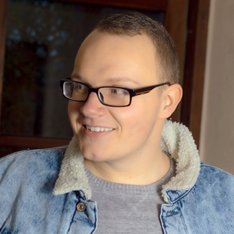